The first story in the Lone Wolf Pack series is now out. It's called Seducing the Omega. Enjoy! 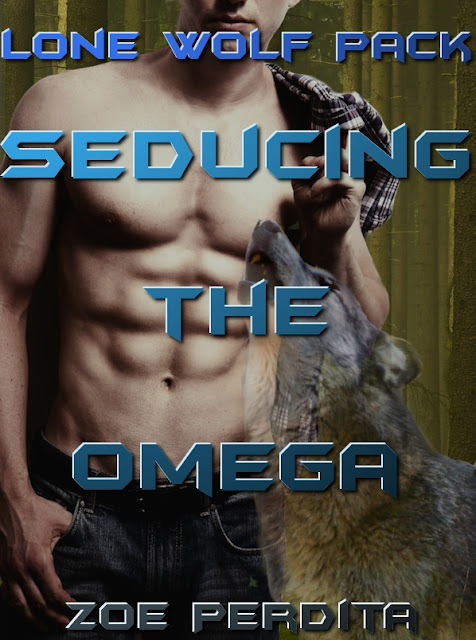 Timothy, the omega of his pack, assumes he’s never going to find a mate- who wants a pathetic weakling anyway? Then a pair of Eurasian wolves moves into town, and he can’t wipe the good-looking men from his mind. While the new wolves should be the enemy, Timothy can’t bring himself to tell his pack about them- even when one of them kisses him at work. Will the little omega dodge the sexy wolf’s advances or end up in his embrace?
This 6,000 word story contains hot M/m sex, oral sex, sixty-nine  and a very bossy dominant werewolf.

“You’re faster than I imagined, little omega,” Gunner said as he shifted back into his human shape.

Frowning into the ground, Timothy followed suit. The heat of the other man burned into the omega’s back, Gunner’s cock already half-hard as it pushed into the smaller man’s ass. Was the wolf going to claim him now? And what could he do to stop it? Get away! That’s what!

Timothy dug his fingers into the soft ground, pulling with all his strength to get out from under the heavier man.

The other wolf held fast, the rumble of his laughter reverberating through Timothy’s back. “Are you still trying to escape?”

Teeth nipped at his earlobe, pulling and suckling until Timothy gasped. “I don’t have to claim you, little one. We can do so much more.”

“But-” Whatever the omega wanted to say died before he uttered it. Instead, Gunner’s mouth attacked his neck. Each kiss- a combination of rough stubble, soft lips and strong teeth- burned into the smaller man’s flesh. Why did his body respond like this? Enjoy the touch of this rival wolf?

Hands gripped onto his waist as the hardened head of Gunner’s cock nudged his backside.

The man chuckled and his chest rumbled against the omega’s slender back. The slight itch of Gunner chest hair excited the little wolf’s senses ever further. What would his face feel like buried in that golden mass?

“Your body says yes,” he grumbled into Timothy’s ear just as his teeth caught and pulled at the tender lobe. Then the slick tickle of a tongue traveled down the omega’s spine. The slightest hint of moisture working lower and lower, Gunner’s nails digging into the tender flesh of the smaller man’s hips.

“What are you doing?”

Hot kisses joined the fray- lips burning into his pale skin- now feverish with want. Is this why Alex and Danny gave into Jake? There minds were so clouded with lust it was impossible to do anything else but submit? Was he that weak?