Long time no post! I have another gay werewolf series I've been working on that takes place in the same fictional world as the Lone Wolf series. It's called the Savage Wolf Pack and the first two stories are out now. They're serialized, much like the Lone Wolf series, so each one is part of a larger story. When I'm done I'll bundle them as one book. 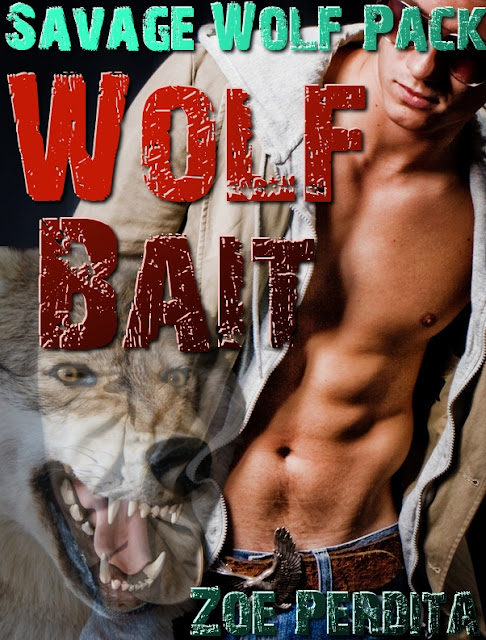 Sam grew up next door to a house full of hot as hell Russian brothers, but something about the boys was always off. When Sam moves back to town after seven years he finds all five brothers still live there, but the oldest, Yuri, isn’t happy with Sam’s return. He claims Sam is wolf’s bait and that he needs the five sexy brothers to protect him. But Yuri’s protection comes at the price of Sam’s sexual freedom. Will the young man give into Yuri’s advances?

Without warning he grabs my wrist and yanks me into the house. The plate tumbles from my hands and breaks into pieces on the wooden floor, the loud crash of glass piercing the perfect summer day. Then Yuri slams the door closed and shoves me into the wall- knocking the breath from my lungs.

“Dmitri tried to kiss you that night, didn’t he? That little bastard wanted you all to himself,” he growls- his blue eyes reflecting the light from the windows back into my face.

My mind spins- my body a confusion of nerves- at once excited and scared of what’s to come. “Yeah, but what does that have to with me?”

Yuri smirks and turns the lock on the door. His fingers tighten on my wrist, the slender flesh burning into mine with the intensity of a flame. “You’re heart’s pounding. Ba-dum. Ba-dum. You like this, don’t you? Or your body does.”

His eyes look like those of a starving predator that’s finally trapped its prey. I always knew Yuri had a temper, I just never knew he was fucking crazy! My body might like this, but I need to get the hell away from him!

I pull my wrist out of his grip and slam into his chest with my shoulder. “Dmitri? Pasha?” I call as I charge for the backdoor. They’re not gonna let Yuri hurt me; I know that for damn sure!

Just as I turn the corner he crashes into me, and we tumble onto the couch. The hot heavy breath on my neck sends jolts of electric desire into my veins, feeding the growing need in my cock. Shit! Why am I turned on at a time like this?

“No one else is home, Sammy,” Yuri snarls in my ear, his lips nipping at my earlobe as he rips at my clothes. Hot breath tickles my cheek, the pounding of his heart flush against the skin on my back.

I pull myself forward, trying to wiggle out from under him, but Yuri’s fingers dig into my waist like claws. When the fuck did he get so strong?

“You’re not going anywhere,” he barks, the blunt head of his cock pressing into my ass. 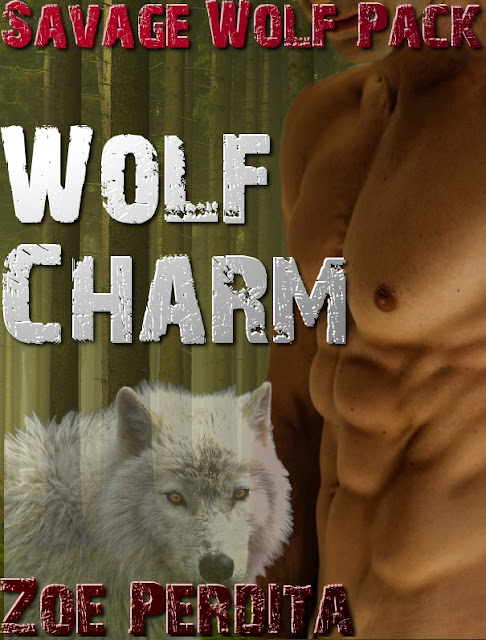 Sam’s wolf bait, a human that attracts the unwanted attention of werewolves. But a pack of five hot as hell Russian brothers protect Sam from a dangerous wolf who seeks him. When two of the brothers, Alexei and Nikolai, spend the night at Sam’s home their magnetic attraction is almost too much for the man to take. Will the brother’s seductive charms overpower him?

Alexei moves behind me, grinding his hips into my ass and wrapping his hands around my flat stomach. The blunt head of his cock rubs my rounded flesh with sick desire. "We know the bargain you made, Sammy. You can't hide it from us. He can't keep you all to himself. He has to share with his pack."

I take a deep, shuddering breath. Willing my body to remain calm. Willing my mind to remain clear. Fuck! They have some sort of power over me, a charm I just can't resist no matter how badly I want to.

Suddenly Nikolai steps up to me. He's just slightly shorter than I am, and his deep blue eyes study my face with intensity. "We should go upstairs."

I nod, not trusting myself to speak, but Alexei does not relinquish his hold.

"Who said you were in charge, little brother?" he growls at the dark haired man.

"Just because you're older doesn't mean you're wiser" Nikolai says, a smirk twisting his perfect mouth.

Alexei grumbles, but he pulls me toward the stairs nonetheless, and I stumble after him with Nikolai in our wake. Once we get to the landing he doesn't pull me into my bedroom- or even one of the guest bedrooms. No. Instead, he shoves me on the floor and rips off his wife beater in one liquid movement, his muscular chest perfectly defined and smooth. I scramble back across the floor, but Nikolai is behind me, my body pressed against his legs. When did he get there? I've no idea, but he looks down and smiles.

"You can't get away," he says, sounding exactly like Yuri did yesterday. "As long as we protect you, Sammy, you belong to us."