The latest installment of the Lone Wolf Pack is out now: Claiming the Omega! There will be one more story in Timothy's arc after this and then you'll get to read about Danny's search for love. 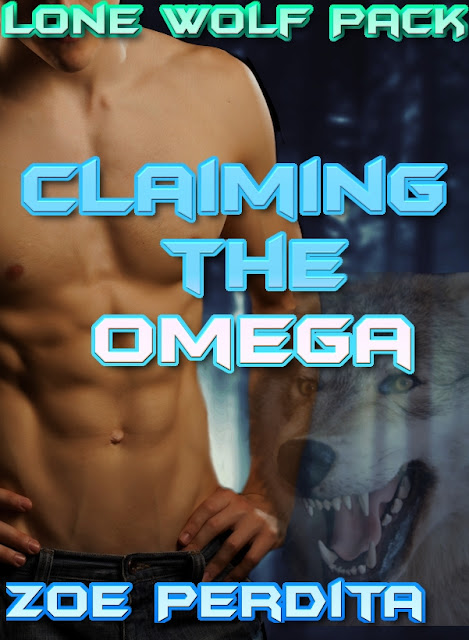 After sneaking around with a pair of hot rival wolves for weeks, Timothy’s pack finds out about his secrets and his loyalty is called into question. But the little omega can’t choose between his Eurasian lovers and his pack. Then the sexy wolves catch Timothy alone and offer to claim him as a mate- both their mates. Will the omega give in to temptation or will the Eurasian wolves chain the little wolf up and force him to submit?

The blond wolf nodded and moved in close, his breath brushing Timothy's ear. "It looks like we'll have to claim you before tonight."

Timothy’s body burned with desire for the brothers, but he couldn't break more pack rules- he'd broken enough already. "No, you can't!"

Gunner gripped onto the smaller man’s shoulders and kissed his neck, the rough edge of his cheek scratching Timothy's sensitive skin. "I don't think you have a say in this, little omega."

Christian nodded and ran his hands over the little wolf's wiry chest. "We’re claiming you whether you like it or not," he growled.

"But-" Timothy started, then the blond wolf tweaked his nipple, and the omega's protest turned into a moan. He ached with desire for them, each touch igniting sparks of want all over his needy body. The sharp points of pain and pleasure blossomed under Christian’s fingers and Gunner’s mouth. Nips and pinches that awakened his sleeping cock into a full standing erection within minutes.

“Are you still going to argue with us?” Gunner asked and ran his slender fingers over the apparent bulge in Timothy’s pants.

“I shouldn’t give in,” he groaned, willing his mind to overpower his weak willed body.

Christian grinned at him, lifting the little wolf’s shirt and licking the smooth muscles underneath. “You don’t have to give in- we’ll overpower you. The choice is ours and not yours, Timothy. Isn’t that right?”

“Mm,” Gunner grumbled and suckled on Timothy’s tender ear lobe. “Your alpha can’t dictate how we take our mate.”