This is the first story in Danny's trilogy. It came out last week and the new one is due out on Friday 8/24! 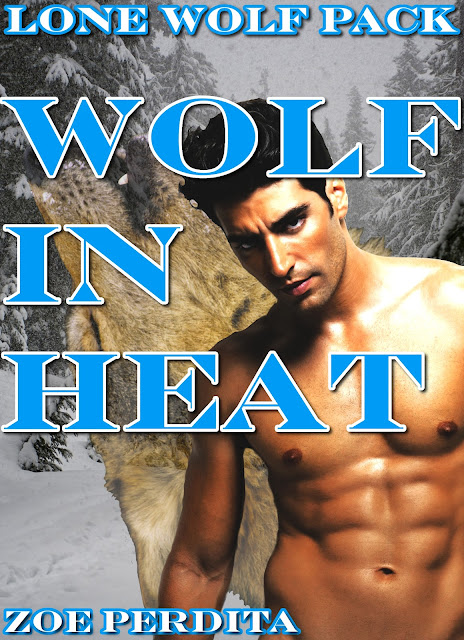 When Danny, a deputy and werewolf, finds a wounded werecat near a crime scene he’s immediately attracted to the feline stranger. But the werecat’s good looks and contentious attitude drive Danny crazy. Can he tend the man’s wounds and question him without his wolfish desire taking over?

Danny’s heart pounded in his chest and his breath caught in his throat as he stared into the werecat’s almond shaped eyes. The man’s lips parted slightly, like he was about to speak, but Danny’s mouth caught them before the feline had a chance to say another word.

Their lips burned when they met, sparks of desire coursing through the deputy’s body as his hand squeezed the man’s muscular shoulder. Shit! He was kissing a witness- this was definitely against police protocol!

Then the werecat’s hand slipped over Danny’s stomach, cupping the wolf’s rock hard erection in his slender fingers. The deputy gasped, and leaned back, his mouth inches from the other man’s.

Frowning, Danny glanced at the werecat’s own hardness and pulled back the covers. “So do you,” he growled.

To his surprise, Nalin grinned. “What are you going to do about it, deputy McDonald?”

The man was playing with him- just like a cat played with a mouse. Well, Danny was no mouse! Glaring, he smashed his mouth into Nalin’s a second time, their lips and tongues fighting for dominance. The searing heat of the werecat melted against the wolf’s lips- the man’s scent invading the Danny’s nose with the rich musk of a cat in heat.

Each thud of Nalin’s heart pounded in Danny’s ear, and the wolf yanked up the man’s hospital gown. He shouldn’t be doing this. The werecat was a witness in police custody. He’d been shot, for God’s sake! But Danny’s body moved on its own accord, his hand sliding over the sturdy golden head in front of him- admiring the bed of black curls it sprang from- stroking the shaft until Nalin hissed in pleasure.

“Some torture,” the werecat said as he fumbled with Danny’s zipper.

A doctor could walk in at any moment- could discover the town’s deputy molesting a witness. Would Holden fire him? Fuck!