Sam’s wolf bait, a human that attracts the unwanted attention of werewolves. But a pack of five hot as hell Russian werewolf brothers protect Sam from the dangerous white wolf who seeks him. 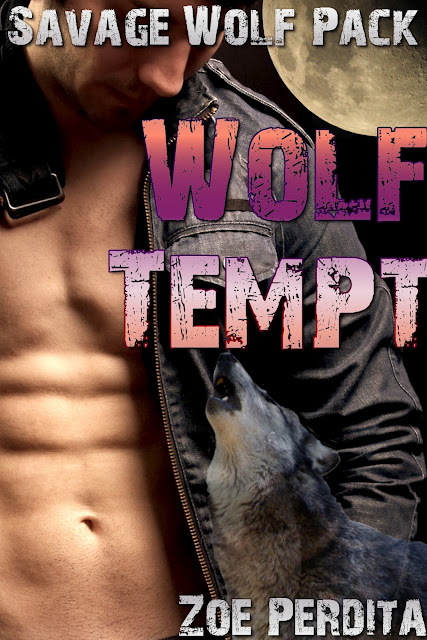 After Sam is bitten by the white wolf, he learns the man’s real reason for taking him captive and changing him into a werewolf. But will Sam be able to resist the sexy man’s advances and return to his mate unscathed?

He takes a step closer to the bed and touches my shoulder almost tenderly. "Does it make you angry? How many secrets they kept from you? They always assume humans won't understand."

His touch reignites the passion in my veins and I gasp, a feverish fog settling over my mind. "Of course I'm mad. I'm furious."

Suddenly his fingers grasp at my nipple, plucking it until I hiss in satisfaction. "How mad, Sam?"

"No matter how much my body wants it- no matter how pissed off I might be- I'm not giving into you," I whisper and moan as his fingers trail over my hungry flesh.

"That’s what I thought. And that's also what I like about you- those defiant eyes. No matter what those wolves do you'll stand up to them, won't you?" he asks and climbs back onto the bed, his muscular frame engulfing me in his musky scent.

I grit my teeth. Why can't I control my own goddamn body? "I'm standing up to you, aren't I?"

He chuckles, his breath tickling my neck and my chest as he plants delicate kisses across my scorching skin. "You are, and it just makes me want you more."