After what feels like two months of editing and beta reader advice, Shadow Scars is finally out. The print and ebook version are both live on Amazon (although they aren't linked yet). I'll be running a Goodreads giveaway for 2 autographed books in about a week or two (when I get the print books in the mail, basically).

I really hope you guys like it. I want to write more stories in this world! Also, this is the first in a trilogy about Seth and Conner -- there is a lot more to their sexy story! 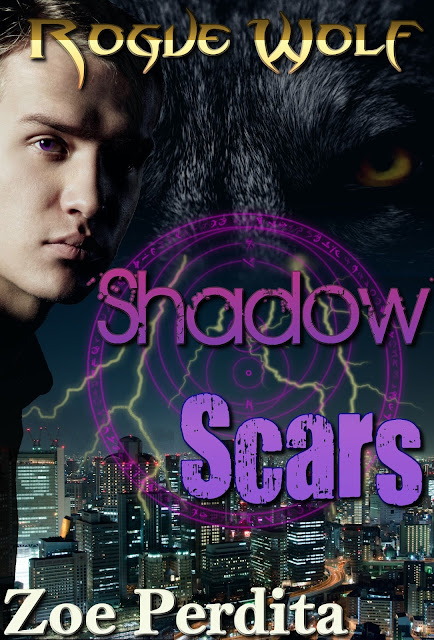 Conner, a rogue wolf and murder detective, isn’t looking for a lover when he moves to Haven City. He wants to solve crimes and keep to himself – unable to trust anyone since his pack betrayed him six years before.

But Seth Alwen, his new partner, is different. He excites the wolf’s animal instincts – waking up the passion Conner buried long ago. Seth’s not only beautiful and alluring; he’s also haunted by the death of his former partner. And despite his better judgment, Conner aches to relieve the man of his guilt.

Seth’s a seer, but ever since his old partner died his powers have been on the fritz.

Enter Conner Sharp, Seth’s sexy and mysterious new partner. While the dark-haired stranger ignites Seth’s desire, he also awakens the seer’s power with every touch. Seth sees their future together – a future rich with lust and danger – but is it a future the enigmatic Conner wants?

As the two men solve a series of murders, their sizzling attraction overflows into the bedroom. Is the overwhelming passion just a fling or is it forever?