Okay, it's been live on all sites since last night, but I was too tired to write a post. Now I'm working on Alpha's Shadow full throttle! 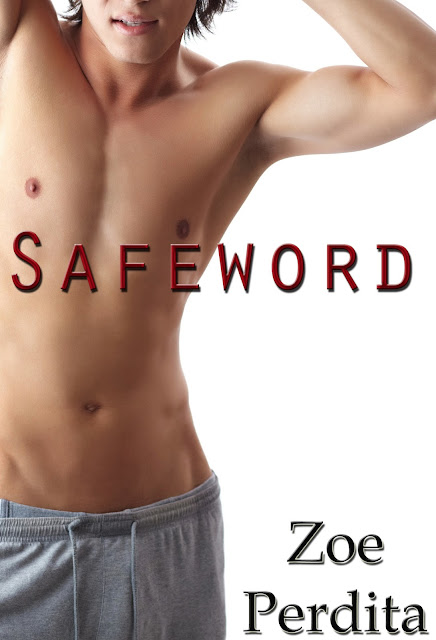 After Maxwell Price’s lover and sub, Brian, dies of a drug overdose, the Dom sets out to save another man’s life to atone for his failure to save his boyfriend. Hiro, a young heroin addicted prostitute, catches his eye. Not only is he gorgeous, the man clearly craves the dominance Maxwell yearns to give, but will he trust the broken Dom to rescue him?

But Maxwell’s hiding a secret – a dead boyfriend that overshadows their budding relationship. Can both Dom and sub heal the wounds from their pasts and forge a future together?

The cold, fall air bites into my skin and lungs, but I don’t bother with my jacket. The clients can’t see the goods if I cover up. Instead, I lean against the building in my skintight jeans and wife beater along with the other boys on this block.

The girls hang out down the street, just to make it easier for our clients to find us.
Clients – like we’re selling something other than sex.

I’m shaking, not just from the cold but also from the lack of heroin in my system. I tried to get clean a few months ago, but it didn’t take. Now I’m on the streets again. I don’t think my parents are ever going to let me come back this time.

After the last disgrace, it’s just too much for them. My older brother will make them proud.

Rubbing my arms, I notice the black BMW as it edges closer. It’s been driving by at the same time every night for the past few days. It’s probably a new client. Undercover cops can’t afford nice cars. But this guy is most likely some kind of freak. The ones with money always are.

The BMW comes to a stop and the passenger side window rolls down. He must be getting desperate if he finally stopped. I can hardly make out the dark figure inside.

Garbo rushes toward it, sticking his skinny hip out in a way he thinks is hot. “What can I do for you?”

I can’t hear what the guy says, but Garbo turns around and points at me. “Hey, Asian, he wants you.”

Asian is just my nickname since I’m Japanese. I’m not going to tell any of these junkies my real name. It’s not like it matters anymore though. This is my life now – fending for myself on the mean streets of L.A.

I read a statistic once when I was still in high school. The number of gay kids that end up homeless is like triple that of straight kids. Funny, my parents kicked me out before they found out I batted for the same team.

Slowly I walk up to the car and peak inside. In the darkness, I make out a business suit and a shadowy face.

“I’ve been watching you,” a deep, velvety voice says. A man’s voice.

I change the price depending on the type of car. Just because I’m a junkie doesn’t mean I can’t put my brain to use some of the time.

The man chuckles in the darkness. “I think you’re selling yourself short. Get in the car and we can talk about it.”

Six months earlier I wouldn’t have dreamed of climbing in a car with some rich stranger. Funny what a drug habit can do to you. If he kills me and dumps my body in an alley, I wonder if my parents would ever find out. Or would I get buried as the Japanese John Doe?
Without reservations, I climb in, the leather of the seats smooth and lush against my back.

“Seat belt,” the driver says, and I strap myself in while I try to get a better look at him. His hair’s long and tied back, showing off a smooth and handsome face, but it’s too dark to see details.

“I usually conduct my business around that corner,” I say and point.

Suddenly his hand clamps down on my wrist, squeezing it like a vice. “Do you want to get clean? Get your life together?”

I should pull my arm away, but his grip is so strong I know I won’t be able to manage. Not when I’m about as weak as a toddler.

“I can’t get clean. I’ve tried. Now do you want me to suck your off or not?”
While teeth glint in the shadows.

“So you want to be a whore for the rest of your short life? OD in an alley somewhere?” His voice isn’t velvety smooth anymore but raw with hurt.

Why would this guy care if I died?

“Look, I’m not interested in joining your cult or whatever,” I say, trembling under his touch. It’s been too long since my last hit. I need it, and I need it now!

“You like pain, don’t you? You enjoy the moment before you get high. That aching in your body for the drugs. What if I could make you ache for something else?”

I really do try to yank my arm away now, but his hold tightens.

“If this is some cult thing--”

He chuckles, a low rumble in his chest. “No. But if you come with me I can get you clean. You only have to trust me and sign a contract.”

My head feels light. “What kind of a contract?”

“One that says you’ll be in my care and under my control until I see fit to let you go.”
“Where?”

He sighs. “My condo. It’s up in the hills, and I think you’ll like it. Come with me and you can see for yourself.”

“So, I’m going to live with you, and you’ll feed me and help me get clean? No catch? And this isn’t some kind of half-way house or state program?”

His jaw tenses. “Not presently. I’m only offering this once. Take it or leave it.”

My brain should warn me not to go with this guy, just in case he’s a crazy serial killer. I can’t muster any fear though – not when I’ve been sleeping in alleys for the past few months.

I lick my lips, dry from the wind and cold. This could be my last chance at a normal life. “Fine. I’ll come with.”