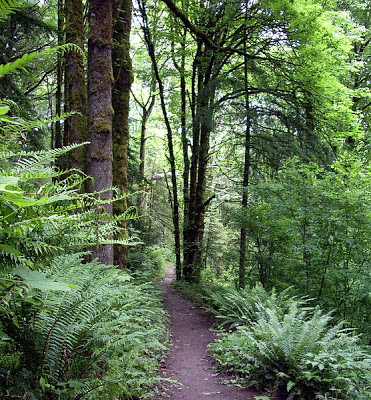 I'm not much of an outliner. I always have a vague idea of what needs to happen in a story, but the characters tend to make their own path. Or what I thought needed to happen is boring, so something exciting happens instead (like the magic crow Conner chased through the woods yesterday).

But I also realized I had a lot of loose threads dangling at the end of Shadow Scars (okay, my beta readers and a kindly reviewer pointed them out). So I have stuff I needed to answer in the second book. Great! Now I have a direction as I set off into the depths of this story.

It'm about 1/3 of the way through -- and I learned a few things. Seth's dad is an asshole -- like wow! No wonder he avoids his family. Conner's having issues with his powers so he's moodier and a bit more of an alpha, and it's going to get worse. Maybe a lot worse.

Here's an unedited sneak peek. I'll send another sneak peek scene to my mailing list next weekend, so sign up if you want to read it!

As we walk into the precinct a well-dressed man, blandly handsome, steps out. He casts a hungry look at my partner, eyes sweeping up and down over Seth’s wiry frame. The urge to put my arm around my boyfriend’s shoulders is almost as strong as the one to rip the man’s eyeballs from his head.
Alwen glances up at me as he closes the umbrella. “Did you just growl?”
“Bathroom. Now!”
“Do you really have to go?” he asks, his eyes narrowed as we step into the elevator.
With a tug he pulls his arm out of my grasp – and I didn’t even realize I was gripping onto him.
“Sharp? What the hell?”
If I look at his lips I won’t be able to help myself. Dammit!
“Just get your ass into the bathroom, and I’ll explain.”
The elevator dings before Seth can argue, and we march to the bathroom as casually as possible. It only has two stalls and two urinals, and both are empty at the moment. As Alwen unzips he pants and relieves himself, I turn the lock on the door.
“You’re not going to shift in here, are you?”
“No.”
Realization dawns in his eyes while he washes his hands. It takes every ounce of self-control I have left to let him finish. Then I grasp his chin and pull his lips to mine. Just like that morning, he melts into my kiss, hands groping at my shoulders and digging into the muscles beneath.
My left arm aches dully, and I flinch under his touch.
“Sorry,” he mumbles into my mouth. “What the hell came over you?”
My mouth travels down his sharp jaw and neck. “That guy was checking you out.”
“What guy?” he pants. Every breath fans the fire in my groin.
“Never mind.”
Talking isn’t my priority at the moment, but it’s not like we can fuck here. No lube. Shit.
I pull his plump bottom lip in my teeth, until he whimpers and pin his body against the dingy tile wall. The steady beat of his heart pounds against my chest, fueling me forward. I never lost control like this at work, even when I wanted to.
What is this? A mixture of disappointment and jealousy?
Hell if I know.
Just as my fingers pinch at his hardened nipples, the familiar ring of our cell phones sound.
Seth pants in my face, his pink tongue just visible behind those delectable lips. An overwhelming part of me wants to break both of the damn things and bend him over the sink. He’s my boyfriend. I should be able to take him wherever the fuck I please!
Wait. What the hell am I thinking about?
Deep breath.
Back up.
I step away from Seth, his violet eyes wide, and unlock the bathroom door just as he answers his phone. I answer mine a moment later.
“Sharp,” I say and clear my throat. At least neither of us got hard – that’d be difficult to explain to our colleagues.
“Are you with detective Alwen?” Hunt asks.
She must not have seen us come in after lunch.
“Yeah.”
“Good. There’s been a murder on the north side. You guys get to go check it out. Looks like today wasn’t a slow day after all.”
“Sure thing. We’ll get the info and be on our way,” I say and hang up.
Seth’s pale as a sheet when I glance at him, his lips reddened from the kiss.
“Hunt says there’s a new case for us. Who was calling you?”
“Clair Mallory – the victim.”