Alpha's Shadow is officially out!

I'm working on a sequel to Alpha Bait next. Caleb gets a willy mate of his own. But first I'm taking a couple days off! 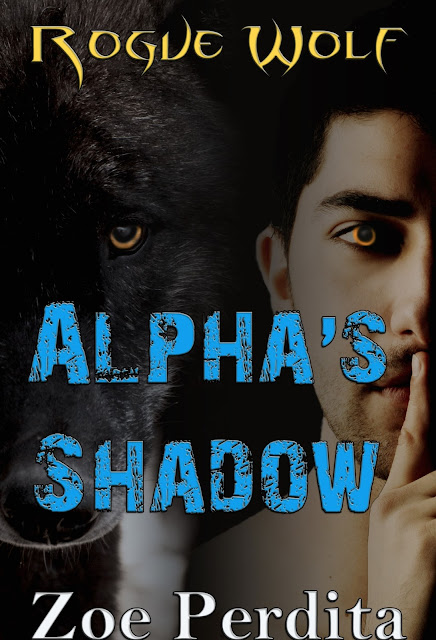 Conner Sharp, a rogue wolf and murder detective, was supposed to be an alpha – until his pack betrayed him and left him for dead. Then he met Seth Alwen, his new partner, and things started looking up. The beautiful seer lusts after him – even if he keeps an infuriating number of secrets.

But something dangerous is stirring inside Conner. The urges of an alpha wolf he buried years ago are rising to the surface. Whenever Seth is near, the beast threatens to unleash itself on the man Conner cares for the most – the man who might be his long lost mate.

Seth never thought he’d shack up with a shifter, but Conner’s allure is impossible to deny. How will his boyfriend feel about Seth’s carefully guarded past, and the secrets that could rip their relationship apart?

Can Seth deal with the new alpha side of his lover while confiding in Conner what their future holds?

While the two men grapple with desire and trust in their relationship, a new murder threatens Haven City and all her shadow folk. A murder that brings Seth and Conner front and center to a dangerous necromancer and the one group of people the seer wants to avoid more than anything: his own family.

Lunch helps. Ripping into the kebabs isn’t the same as bringing down a deer, but it’s the closest I’m going to get in the middle of the city – barring pigeon hunting. I’m sure the locals wouldn’t approve.

Alwen wipes his mouth and sips the last of his water before offering me a breath mint.

“Are you trying to tell me something?” I ask and pop it into my mouth.

He laughs, harder than necessary, but the smile lights up his eyes. “No! But I thought you might want one after all that garlic.”

Drops of rain dot his hair and he holds the umbrella over my head, his shoulder bumping against mine as we walk back to work. The fragrance of burning leaves assaults my nose, his very presence waking me. Need courses through my veins at every step. I have to wait until we get home to touch him again, and the beast slumbering inside me hates waiting.

The building looms over us, and there isn’t a damn thing I can do to get out of going back to our files. Even a crime scene would give us a few minutes alone in the car.

As we walk into the precinct a well-dressed man, blandly handsome, steps out. He casts a hungry look at my partner, eyes sweeping up and down Seth’s wiry frame. The urge to put an arm around my boyfriend’s shoulders is almost as strong as the one to rip the man’s eyeballs from his head.

Alwen glances up at me as he closes the umbrella. “Did you just growl?”

“Do you really have to go?” he asks, his eyes narrowed as we step into the elevator.

With a tug, he pulls his arm out of my grasp – and I didn’t even realize I was gripping onto him.

If I look at his lips I won’t be able to help myself. Dammit!

“Get your ass into the bathroom, and I’ll explain.”

The elevator dings before Seth can argue, and we march to the bathroom as casually as possible. It only has two stalls and two urinals and both are empty. As Alwen unzips his pants and relieves himself, I turn the lock on the door.

“You’re not going to shift in here, are you?”

Realization dawns in his eyes while he washes his hands. It takes every ounce of self-control to let him finish. Then I grasp his chin and pull his lips to mine. Like that morning, he melts into my kiss, hands groping at my shoulders and digging into the muscles beneath.

My left arm aches dully, and I flinch under his touch.

“Sorry,” he mumbles into my mouth. “What the hell came over you?”

My lips travel down his sharp jaw and neck. “That guy was checking you out.”

Every breath fans the fire in my groin.

Talking isn’t my priority, but we can't fuck here. No lube.

I pull his plump bottom lip in my teeth until he whimpers, then pin his body against the dingy tile wall. The steady beat of his heart pounds against my chest, fueling me forward. I never lost control like this at work.

What is this? A mixture of disappointment and jealousy?

Hell if I know.

As my fingers pinch at his hardened nipples, the familiar ring of my cell phone sounds.

Seth pants in my face, his pink tongue visible behind those delectable lips. An overwhelming part of me wants to break the damn thing and bend him over the sink. He’s my boyfriend. I should be able to take him wherever the fuck I please!

Wait. What am I thinking?

I step away from Seth, his violet eyes wide, and unlock the bathroom door as he pulls his phone out of his pocket. Right. It’s been off since it died yesterday. As Alwen turns his cell on, I answer the call.

“Sharp,” I say and clear my throat. At least neither of us got hard – that’d be difficult to explain to our colleagues.

“Are you with detective Alwen?” Hunt asks.

She must not have seen us come in after lunch.

Seth holds the phone to his ear. Must’ve gotten a few messages last night. I hope they weren’t important.

“Good. There’s been a murder on the north side. Clair Mallory. You guys get to check it out. Looks like today wasn’t a slow day after all.”

“Sure thing. We’ll get the info and be on our way,” I say and hang up. “Hunt says there’s a new case for us. Woman named Clair Mallory. Who was that?”

Seth’s pale as a sheet when he lowers his cell, his lips reddened from the kiss. “The victim.”