Okay, the Rogue Wolf set came out yesterday, but I didn't want to have two blog posts in one day. 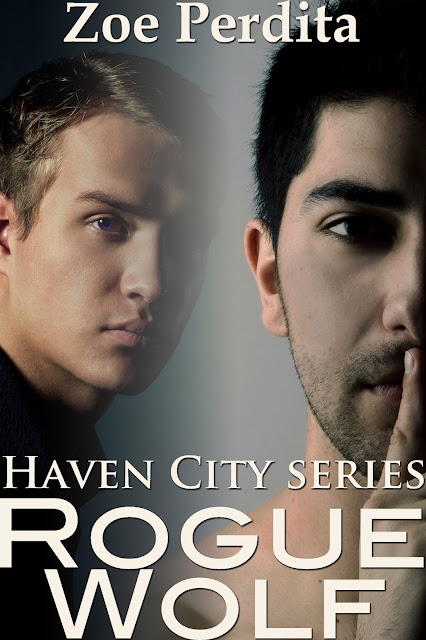 Contains the first two books in the Haven City Series:

Conner, a rogue wolf and murder detective, isn’t looking for a lover when he moves to Haven City. He wants to solve crimes and keep to himself – unable to trust anyone since his pack betrayed him six years before.

But Seth Alwen, his new partner, is different. He excites the wolf’s animal instincts – waking up the passion Conner buried long ago. Seth’s not only beautiful and alluring; he’s also haunted by the death of his former partner. And despite his better judgment, Conner aches to relieve the man of his guilt.

Seth’s a seer, but ever since his old partner died his powers have been on the fritz.

Enter Conner Sharp, Seth’s sexy and mysterious new partner. While the dark-haired stranger ignites Seth’s desire, he also awakens the seer’s power with every touch. Seth sees their future together – a future rich with lust and danger – but is it a future the enigmatic Conner wants?

As the two men solve a series of murders, their sizzling attraction overflows into the bedroom. Is the overwhelming passion just a fling or is it forever?

Conner Sharp, a rogue wolf and murder detective, was supposed to be an alpha – until his pack betrayed him and left him for dead. Then he met Seth Alwen, his new partner, and things started looking up. The beautiful seer lusts after him – even if he keeps an infuriating number of secrets.

But something dangerous is stirring inside Conner. The urges of an alpha wolf he buried years ago are rising to the surface. Whenever Seth is near, the beast threatens to unleash itself on the man Conner cares for the most – the man who might be his long lost mate.

Seth never thought he’d shack up with a shifter, but Conner’s allure is impossible to deny. How will his boyfriend feel about Seth’s carefully guarded past, and the secrets that could rip their relationship apart?

Can Seth deal with the new alpha side of his lover while confiding in Conner what their future holds?

While the two men grapple with desire and trust in their relationship, a new murder threatens Haven City and all her shadow folk. A murder that brings Seth and Conner front and center to a dangerous necromancer and the one group of people the seer wants to avoid more than anything: his own family.