Thief is out! This time we get a look at the seedy underbelly of Haven City. I hope everyone enjoys it. 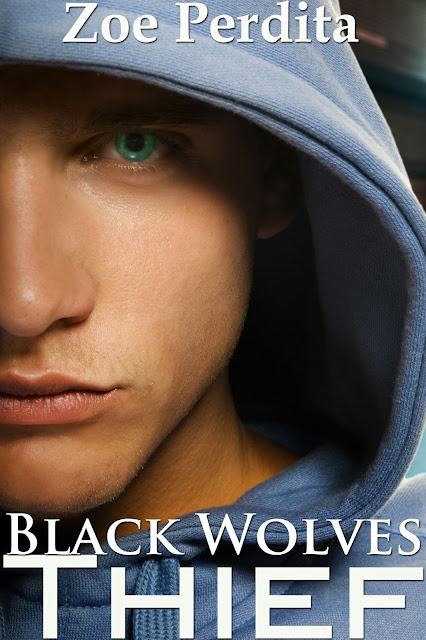 The universe is a bitch.

When Fisk, a cat shifter and thief, is sold into sex slavery, the most dangerous shifter gang in Haven City buys him: the Black Wolves. Problem is, Fisk stole from them three years before, and it cost the wolf gang precious territory. When they find out, they force Fisk to work off his debt. A debt to the tune of half a million dollars.

The universe has a plan.

Ian Black, the gang’s leader and alpha wolf, has plans for Fisk. It’s up to Breaker, the beta, to follow the boss’s orders. Breaker doesn’t expect to fall for the alluring feline with the bad attitude. He’s been nothing but loyal to his alpha and their pack his entire life. But Fisk wakes a desire Breaker's never known. Only Fisk strikes Ian’s fancy too, and a beta can’t cross an alpha.

The universe has a sick sense of humor.

Fisk finds himself torn between two very different men - Ian, the sexy alpha and Breaker, the stoic enforcer. One of the wolves is his mate, but Fisk isn’t sure how to handle it. Sex is one thing – love is something else.

As passion sizzles between the three men, Breaker feels the truth - Fisk is his mate. How can he choose between loyalty to his alpha and loyalty to his heart?