Ring the gong!
The book is live!
Drink some wine!
(Oh, too early?)
I'll wait until noon then. 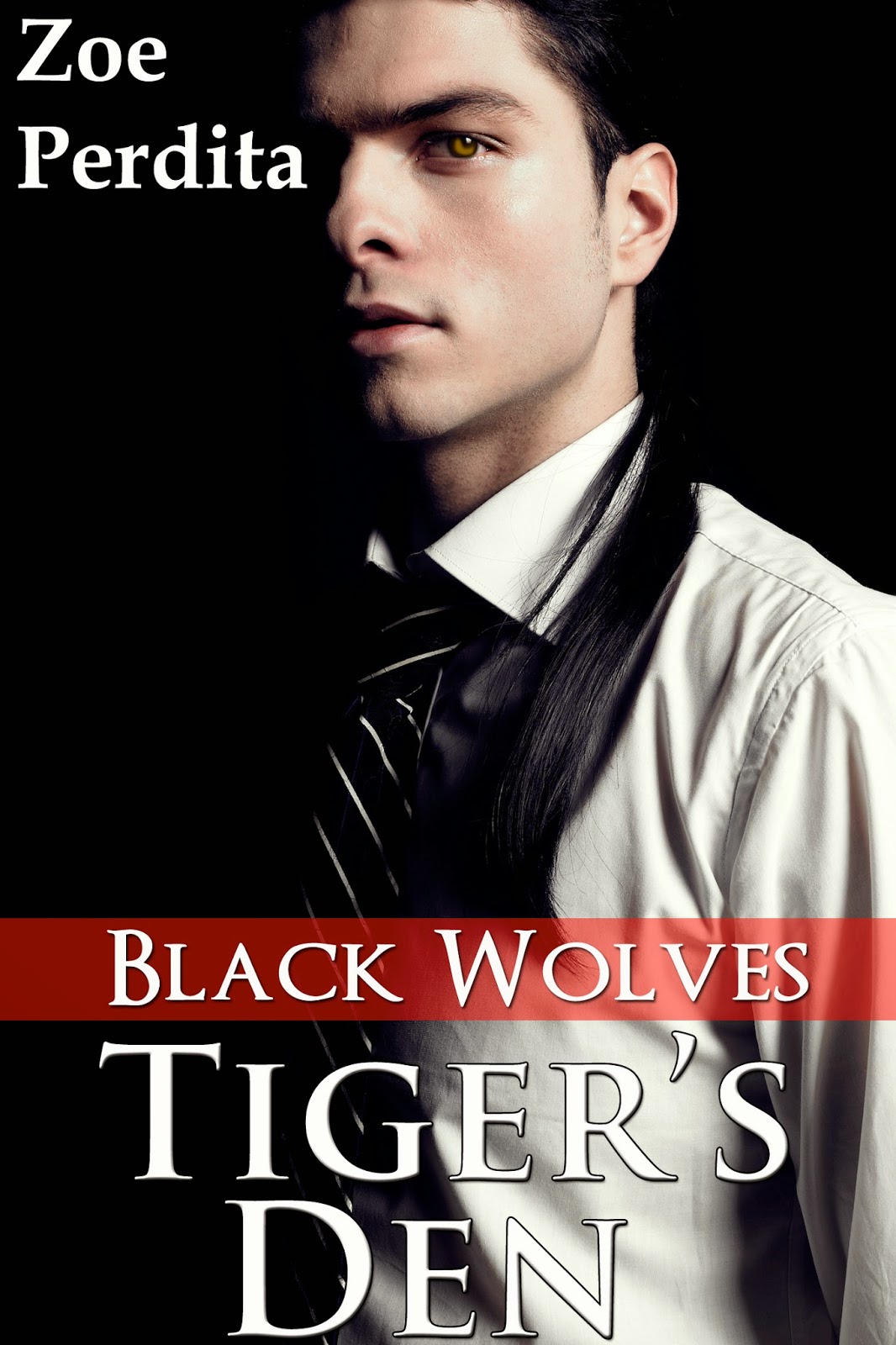 Milo, the Black Wolves’ omega wolf, always stayed on the sidelines. He’s a hacker – not a badass. Hell, he can’t even get laid, much less play the part of a dangerous gang member.

But, in order to stop an ongoing gang war, Milo is unceremoniously thrust into the middle of the Tiger’s den as a nark (for the cops) and a spy (for the Black Wolves). Not to mention the dead sexy Tiger leader, Xian Fei, insists Milo stay by his side at all times. For protection purposes, of course. Milo’s not even sure if he’s gay, but Fei makes his stomach do backflips, and his cock – well, that’s another story.

Yeah, the omega is pretty sure he’s fucked, and he likes it. A lot.

Fei clawed his way to the top of the Tigers after years of serving the desires of others. He’s close to ruling his gang in peace, if he can protect the hot little wolf in his care. Problem is – Fei’s not sure he can keep his paws off Milo. While Fei plays the confident leader, he’s hiding a dark past and a vicious secret.

Passion burns between Fei and Milo, but will the lies and twisted loyalties tear them apart before they find a happy ending?

Fei’s hand froze, and he stared at Milo right in the eye. “This isn’t a pity fuck.”

“Then what is it?” Milo didn’t believe Fei was doing this because the tiger was attracted to him. This was a lesson so they could get Jin’s cell phone. Not anything more.

It couldn’t be anything more, and Milo was okay with that.

A strand of long black hair fell into Fei’s eyes. Must’ve come loose from his braid. It was messier than usual, as if he threw it back in a hurry and didn’t bother with it since.

Milo itched to feel that hair between his fingers, but it might be weird since Fei was giving him that look.

No one ever looked at him like that before. It wasn’t pity or annoyance or even lust that burned in Fei’s eyes. This expression reminded Milo of Ian when the boss was trying to win a game of chess against Sebastian. Concentration and slight confusion. As far as the omega knew, Ian always lost.

“What do you want it to be?” Fei asked, his voice gruffer than Milo’d ever heard it.

It raked across his skin.

“I don’t know.” Being here was better, even without Smile and the ficus for company.

Fei was here. Even if it was nothing but a game to him, it might be the closest Milo ever got to sex.

Not just any mate – Fei as his mate.

Milo heard Fei’s heart pound out a rhythm with his – like they were two drums vying for dominance. His erection, tented in his jeans, throbbed with it.

“You’d do anything I said, just because your alpha wants you to get that cell phone?” Fei asked. He sat so close Milo saw the rim of gold around his irises and felt the heat of his body. Fei’s fragrance, tiger musk and spice, tickled Milo’s nose.

Milo wanted to lean into those taut arms and lick his way down Fei’s smooth chest. Shit. He never imagined he’d want to do that to a guy.

Why couldn’t those hands touch him again?

Milo chewed his bottom lip. “Yeah, but that’s not the only thing. The other part is super embarrassing, and I don’t think you’d like it much. But. Well.” He shifted in place, and raised his eyebrows. Why couldn’t Fei get the hint without him saying it out loud?

You really turned me on and now I have to jack off, didn’t really have a nice ring to it. Especially when the guy used to be a whore for the Triad. People like that were screwed up and usually hated sex, right?

Fei took a sharp breath through his nose. His lips were so close.

“You still want me even if you think I’m only doing this for a mission? Milo,” Fei growled the last part.

A shiver shot up Milo’s back, and his cheeks burned. He knew it colored his ears too. He was bright red by now, like a stupid tomato. “Not just that. I’m – I suck at this, don’t I? But you’re really amazing, and I wouldn’t mind messing around with you. Okay. Not just that. I really want to have sex with you. But I know that’s not fair for me, because it probably makes you uncomfortable considering everything that’s happened. But that’s it. Truth. Sorry, I’m a jerk, right?”

Fei’s lips quirked, and that dimple showed up, if only just. His eyes were still narrowed, but that old light burned in them. “Rule number one: an active partner is always better than an inactive one.”

Milo blinked. Was it really happening now? He swallowed the lump in his throat. “Active. Got it. So I shouldn’t wait for someone else to make a move, I should do it myself? Like this?”

His mouth met Fei’s, and the tiger jolted at the touch. Milo almost lost what little self-confidence he had right then.

Fei didn’t want this – he was forcing it and that was the worst possible thing he could do!

Then Fei’s slender fingers gripped Milo’s shoulder, and his lips came alive. His other hand braced the back of Milo’s head, fingers trailing through the hair. The sensation woke whatever nerves were still asleep in Milo’s body, and he moaned.

A shock of electricity tingled down his legs and settled in his toes.

His cock ached with it, and Milo rubbed his body against Fei’s so their groins bumped. His vision blurred at the sensation. It took every spare ounce of willpower not to grind against him like a fucking teenager.

Fei pulled back, breathless, and Milo tried to focus on Fei’s face. But he was too close. His scent intoxicating and overwhelming. He had to feel Milo’s erection, pressed into his thigh.

Milo figured he should be embarrassed, but he couldn’t muster it. The urge to do something more shot through his veins, hot as lava.

Then Fei whispered something in Cantonese, and he yanked Milo up. They stumbled, and he hit the wall with a dull thud.

His body begged for something – anything.

“Is there another rule?” Milo asked, his fingers twitching against Fei’s suit jacket.

Those slanted eyes locked on Milo’s, but he didn’t answer. His slender hand pressed flat into Milo’s chest.

Should he take his clothes off or –

Fei’s palm wandered lower, and Milo sucked in a breath and shifted his hips as it cupped his very hard and hungry cock. Fei looked away briefly as he pulled down the zipper, then his eyes focused on Milo’s face once more.