Omega in the Light is almost done!

Just one or two more days, and I'll have it finished. *wipes brow*

Then comes the fun part - revisions. It needs some. I'm re-reading Omega in the Shadows and already found a few plot holes that have to be filled. Hey, it's really hard to remember everything I wrote ^_^

Zev is an alpha mercenary trying to repent for his troubled past. Simeon just wants to do his job - kill his mark - and move on. When Zev gets an open contract on his head, Simeon can either kill the sexy alpha with the lopsided grin or help Zev find the man who wants him dead. Which will he choose? (Spoilers: The one that results in the most sexy times.)

And the lovely cover: 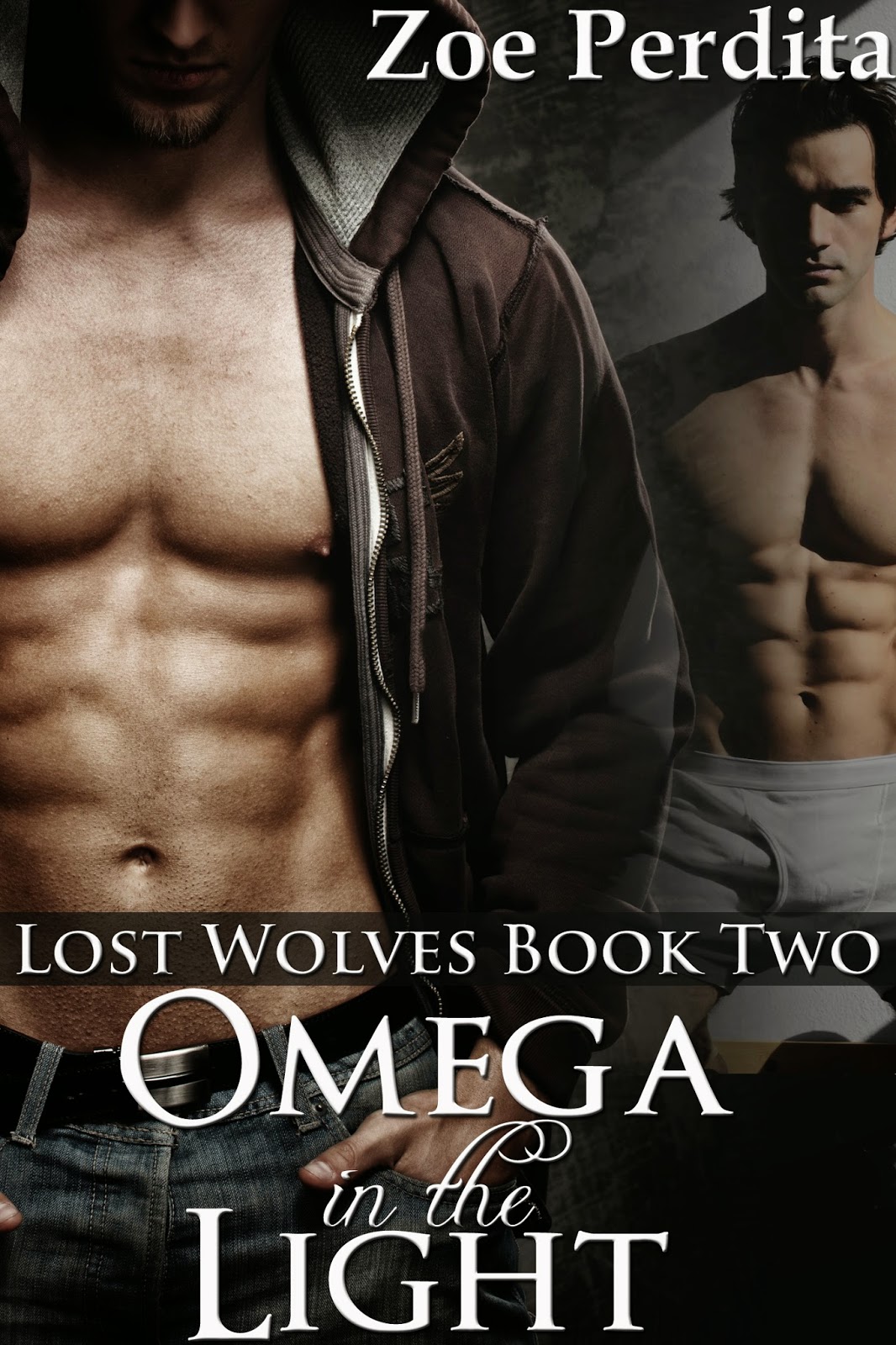 Here's a snippet from the first time Simeon and Zev meet. Foreplay and talking about killing someone is the same thing to an assassin, I guess. Also, it's unedited.

Zev took another drink first. Time to think. “I don’t suppose you’ll tell me why you’re following me?” he asked, smilingly lazily. He leaned back in the chair and crossed his long legs.

Well. That was more direct than he expected. Zev sucked his cigarette to the filter and snubbed it out. “And you just set your gun on the table. First rule of killing someone. Don’t give up your weapon.”

Those words should’ve sent the familiar dread shooting straight to Zev’s chest. The constriction that made it impossible to breathe. The fear that crippled him when he remembered too much.

Instead, a strange jolt of excitement snaked through him, settling uneasily in his groin. Like his death wasn’t staring at him right in the eye, but it was some hypothetical thing that might happen.

No doubt, this wolf could make it a reality, and that still didn’t chill him like it should.

It definitely should not get him off.

Zev finished his ouzo and ripped the rest of the meat from his skewer. “So. How would you kill me?”

That sent a new wave of heat over him. Or maybe it was the alcohol. He pushed the glass he poured for his guest forward, along with a container of the food.

“I don’t like ouzo,” the wolf said and eyed the glass of clear alcohol as if it might leap up and pour its self down his throat.

“Well, someone’s a picky princess.” In normal circumstances, Zev wouldn’t turn his back on someone sent to kill him. Then again, inviting an assassin to dinner wasn’t a normal circumstance in the first place. He glanced at a few of the empty bottles around the sink.

Then he moved to check the refrigerator. “Wine or gin? That’s all I have.”

At least his assassin was polite.

Zev pulled out the bottle. Enough left for a glass. He downed the ouzo he poured for the wolf and filled the glass with wine instead. The red clung to the side, and his fingers shook as he pushed it forward.

“Reminds me of blood,” Zev said and let out a slow, shuddering breath.

The wolf nodded absently, eyes focused on the glass of wine. “I hate blood,” he said, bitingly. He ripped the words in half. It’s the most emotion he’d had in his voice all night.

A sharp shake of the head. Once. Negative. The wolf brought the glass to his lips and took a small sip. He grimaced and took another. He didn’t touch the food.

Since this wolf didn’t like ouzo, Zev obliged himself to drink from the bottle. Might as well. “Can I have a name? Real or code. Just something to call you. I’m Zev, but I guess you already know that.”