Manuscript Monday: Pissing off a fire mage is not the best idea. Even for a dragon. . . .

I'm starting a new feature on my blog. Manuscript Monday! I will post a little snippet from the WIP I'm working on every Monday from now on. Fun times, right? I hope.

Also, since I like sexy pictures, and I'm madly in love with Free! Eternal Summer! I thought I'd share this bit of hotness. A real life Sousuke! 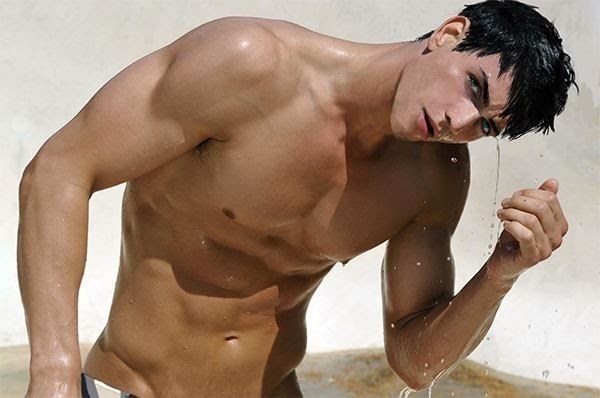 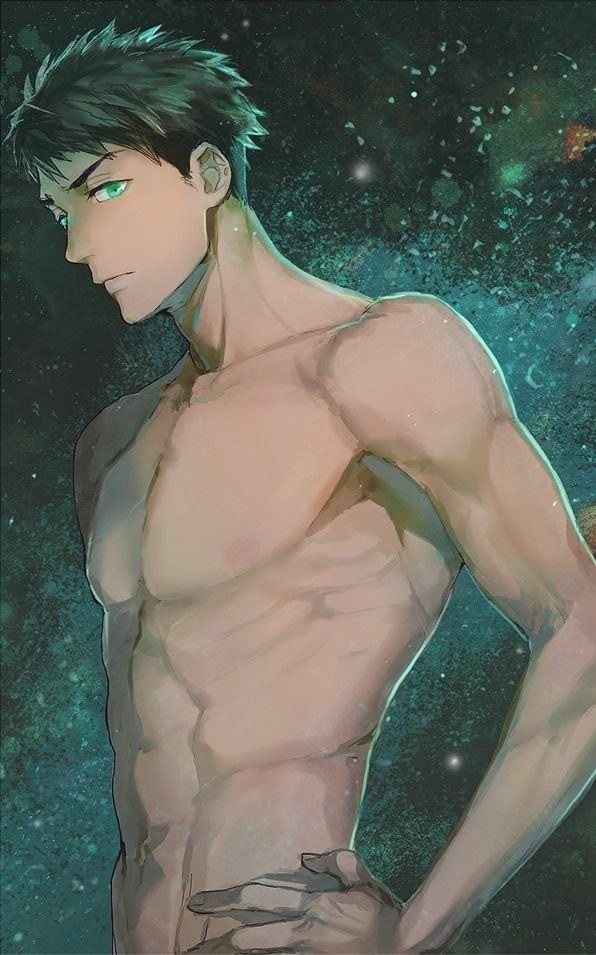 This one is for comparison purposes. Both pics are from Pinterest. I don't know the original artists, but I'll give credit if I find out!


Standing on the porch all day didn’t sound like a good idea, so Rory stepped inside and bent to untie his Docs. Then he followed Fei deeper into the house, down a straight hallway, around a corner and into a sitting room at the back of the house. Under different circumstances, he may have taken in the open screen doors and the view of the garden in the fall sunshine. He may have gaped at the expensive furniture, what little there was, that decorated the room. Or the interesting artwork on the walls – all dragons and calligraphy.

Instead, the only thing he could focus on was the man sitting at the table.

“Mr. Sullivan. I’m glad you made it. Have a seat. You look pale,” Jin said and leaned back in his chair.

Rory flared, cheeks burning. Fire crackled at the ends of his finger tips. His flesh threatened to scorch his clothes, but he held it back. Kept it in. “What. The. Fuck?”

Jin smiled. “Would you like me to explain or do you want to burn my house down?”

The house burning part sounded more gratifying, but it’d cause more problems than it would solve. He let all but one flame die on his fingers. “Talk. Now.”

“Sit, and I’ll be glad too,” Jin said and motioned at the spread of the food on the table. It smelled good – tempting. A number of rich vegetable and meat dishes. Dumplings. Tea. More food than two people needed. Well, unless one of those people happened to be a dragon.

“I’m not your puppet,” Rory ground out between gritted teeth.

Jin steepled his fingers. He didn’t stand. Fuck. He didn’t need too. His presence grew as he leaned forward. The material tightened on his shoulders and biceps and his eyes lit up with gold. “I’m offering you a seat at my table and an explanation. You’re not my puppet. Yet. I have a proposition for you, Mr. Sullivan. One that will benefit both of us in many ways. It’s worth your time to hear it. Now please. Sit.”

Rory did not want to ‘please sit’ no matter what Jin had to say. But as he turned to leave, a large tiger greeted him. The dark eyes, large teeth and oversized paws changed Rory’s mind. Did he want to take on a tiger or sit and have a chat? He scowled, stomped into the sitting room and slumped into a chair.

“Quite. How was the ride over?”

Rory rolled his eyes. “Cut the bullshit and tell me what the fuck you want. I am not in the mood. Really.”

Jin chuckled at that.

Rory pretended the rich sound didn’t settle in his groin and bring to mind other sounds the dragon might make. Screw it. Other sounds he wanted the dragon make. As long as he was the one soliciting them.