Piper Kay is a homegrown country girl straight from the outskirts of Houston, Texas. She’s the author of The Passion Series, Eight Second Cowboy, Twisted Cherry and both sets of The Naughty Box 1 and 2. 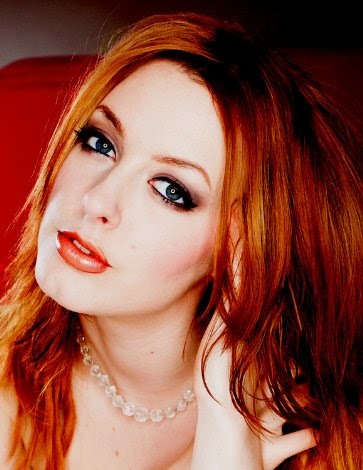 In Invicta Salvation, we are introduced to Kade and Holt. Will they be in the rest of the series?

Absolutely, the whole series is centered in and around them and their go-go club Invicta.
When you write a particular scene, like a scene in a kitchen, living room, etc. to you get a visual of the room in your mind to go with that? It’s weird, but I do. With every story, I can picture the characters in their house, moving around just like a movie. Is that strange?

How long have you been writing and how many books do you have published?

Since 2010. I have The Passion Series books: A Perfect Passion and Payce’s Passion (book three comes in December), then I have the Invicta Series: Salvation and Sanctuary (book three in 2015), then Eight Second Cowboy and Twisted Cherry. So that’s six, plus two of those are also solo books too, so eight, sort of. Lol

Panster all the way. I tried to be a plotter and it really messed with me and killed off the muse in the process. I can’t plan it out, no matter how hard I have tried. My characters run off in the opposite direction from an outline. I just get a scene in mind or a partial scene, then sit down to type it out if possible, or jot it down on something. Plus I never know the ending, so I’m just as surprised as everyone.

Where can we find your books and other books from you?

Can find Invicta Salvation at Amazon.