It's finally here! The cover for the next book in the Lost Wolves series, Omega's Destiny. I'm thinking a black bar for the series title wasn't the best idea now, but I can't change it. Or, I can, but I'm too lazy.

Behold! Oh, and Sasha has violet eyes because he's magic. And sort of crazy (in a sexy crazy way), but that's because of the magic. Mostly. . . . 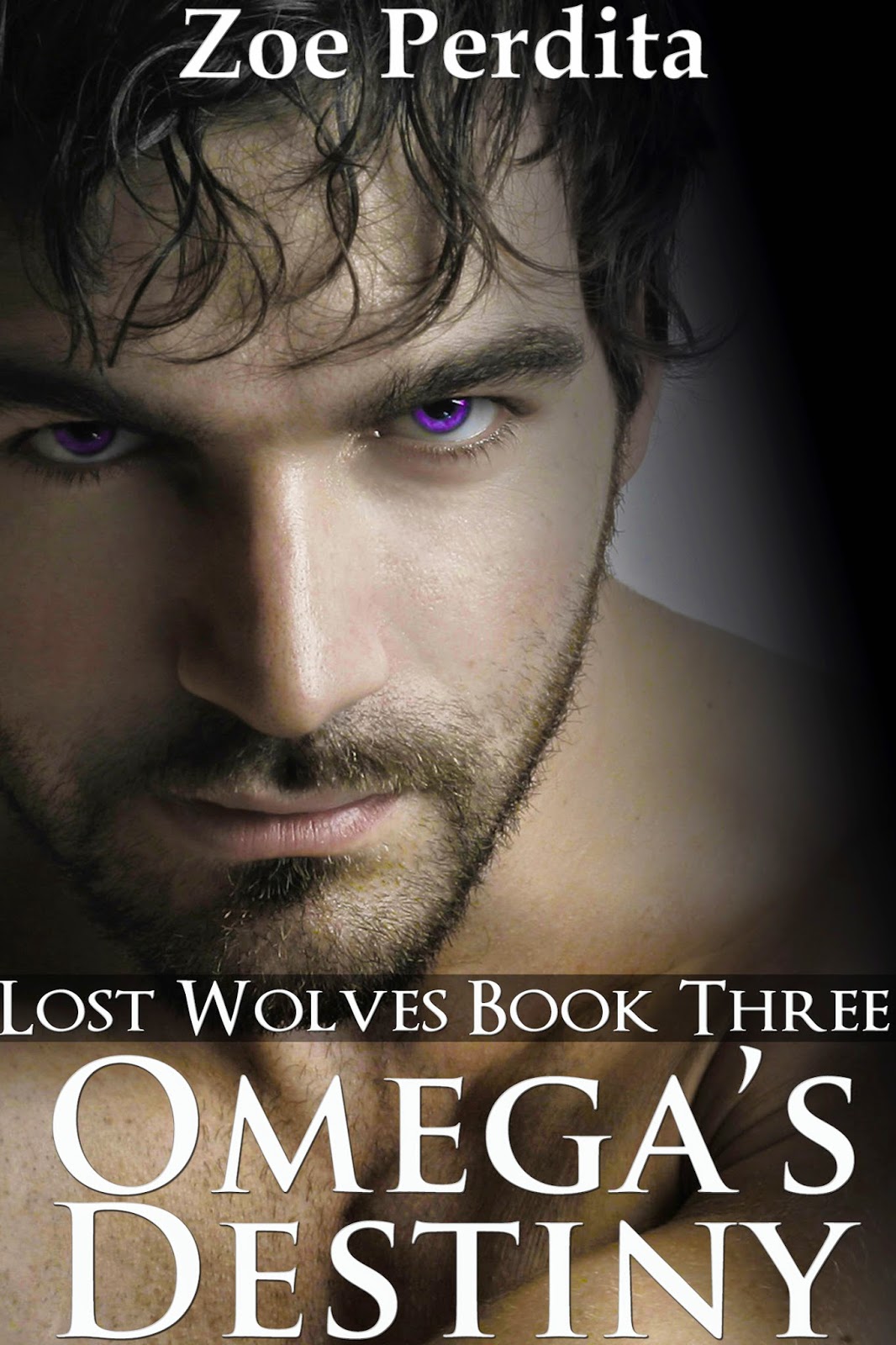 And since everyone has waited so patiently, here's a little snippet from the book. So many feels! Enjoy! (Note: it's only lightly edited, which means it could change).

Maxim let out a great huff of disgust, which upset the undergrowth, and his wolf form molded back into a man. He stood naked under the trees. Goose bumps rose across his flesh in the cool night air, and the soft earth squished beneath his feet. Any other shifter would take a primal joy in this situation, but Maxim no longer knew if such a thing existed.
Joy? Faugh!
His kingdom was held together by a mysterious force he couldn’t comprehend. Sasha. Again.
If he thought Yue might give him answers, he’d have prayed for them. As it were, he watched her light filter through the trees and heard the telltale crack of a branch under a foot.
Maxim spun around and met the shining eyes of a man in shadow. A cloak of darkness as deep as that in his own castle dungeon hung there. The only light came from the pricks in the man’s eyes, glowing with a soft silvery light, and the glint of a knife.
A knife!
Damn!
Maxim moved before the shadow could attack. He surged forward and came into contact with – nothing but air! As he reached the assailant, the shadow man dissipated, like wisps of smoke.
Someone chuckled.
It sounded more musical – alive – than it had any right to be. It reminded him of the apple, that sweet mouth (that always took and gave with equal fervor), and so many things he wished his treacherous brain would forget.
“Sorry! I couldn’t help myself. You looked so pensive, and I wanted to liven up the moment. It’s been a long time.”
He knew that voice. Knew it like he knew his own face. The words might’ve been a silver knife soaked in wolf’s bane, for they slashed as deeply and hurt as badly as any he’d ever known.
Maxim turned.
Violet eyes glinted in the darkness. The hint of fangs shone there in a Cheshire grin. “Naked again, Max. I thought it’d take more than this to get you to take your clothes off after everything that happened.”
If this happened years before, Maxim’s shoulders would’ve slumped in defeat. Perhaps the barest spark of hope would’ve told him everything could go back to how it’d been before they both so thoroughly destroyed it.
Destroyed each other.
Fortunately, his mind had been cured of such idiocy. Pain and loss had a way of doing that to a wolf.
Maxim ignored the dull throb in his chest – the sense of recognition he never thought he’d feel again. The urge to kiss that mouth and hold Sasha in his arms until they both turned to dust. It sputtered for a moment and faded just as quickly. The bubbling rage surged through his veins and overwhelmed it.
He narrowed his eyes. “Sasha.”