Here it is - a day late but here nonetheless! This book took me longer to write and edit than I wanted it to, but such is life. I hope it's better for it.

I'm still on my sort of vacation that feels less and less like a vacation with all the work I'm doing, but I can't complain. Because I get to write books! Hooray! And when I try to take a break I end up writing the Hobbit fan fiction instead. Also, hooray! 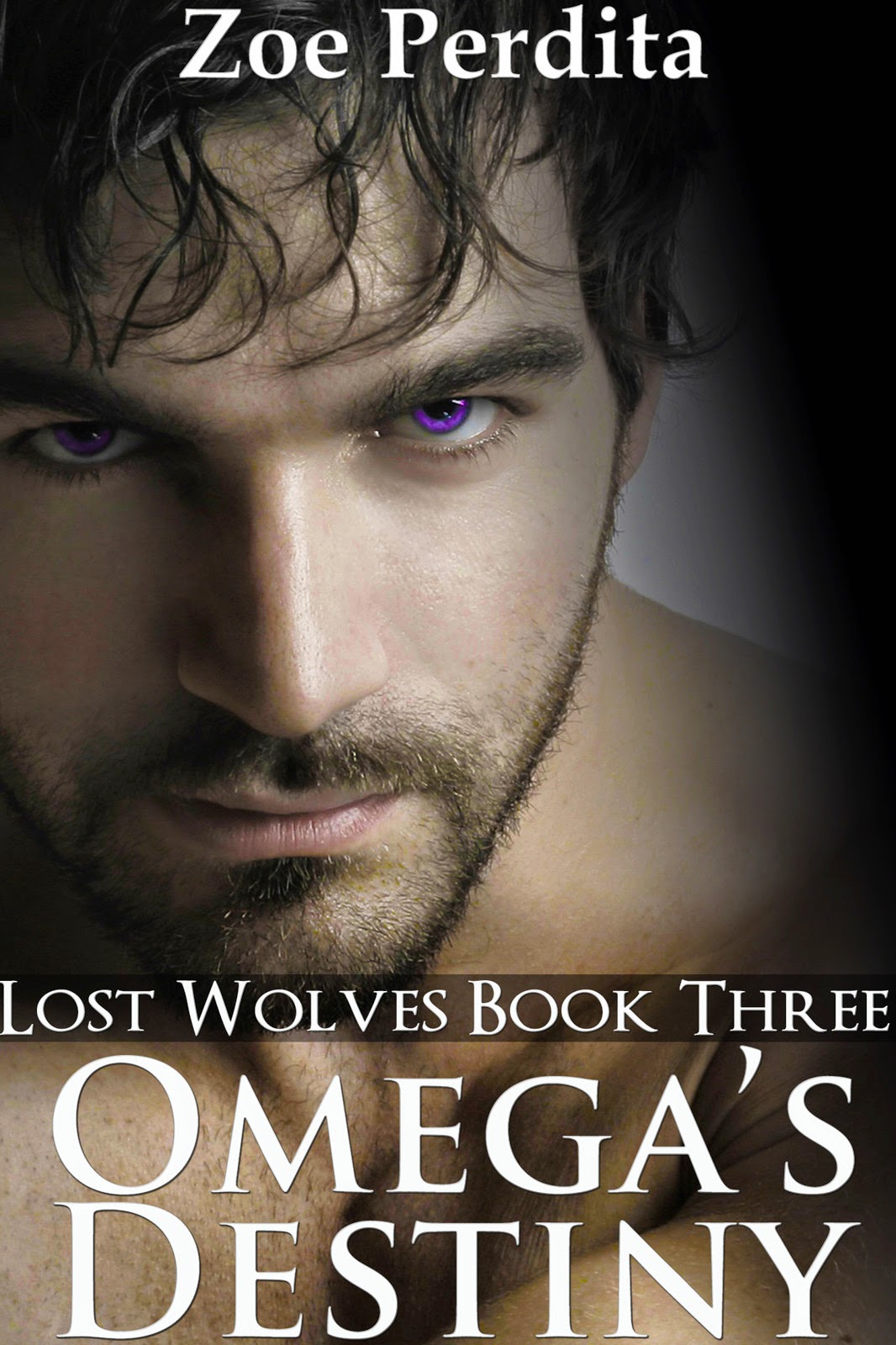 Maxim Reznik is the alpha king of a land ravaged by war from without and traitors from within. The barrier that keeps his shifters safe from attacking humans is on the brink of collapse, and the only one who can save his kingdom is the wolf who betrayed Maxim years before – his omega and ex-lover – Sasha Volkav.

When Sasha severed their mate bond, Maxim never thought he’d see the omega wolf again. Now Maxim has a wife, a kingdom and a mess of responsibilities, but Sasha needs Maxim’s help. While Sasha ignites old passions Maxim swore died years ago, trusting the omega is a different matter entirely.

Sasha might be an omega, but he’s not weak by any means. A curse grants him unimaginable powers that come at a high price – they’re slowly killing him. If Sasha breaks the curse he can save Maxim’s kingdom and his own life. The only problem is he needs his ex-mate’s help to do so, and Maxim isn’t the same alpha Sasha remembers. Years of betrayal have hardened Maxim’s heart, and if Sasha can’t gain Maxim’s forgiveness all is lost.

Lust sizzles between Sasha and Maxim, but can they repair their severed bond and fall in love again before it’s too late?

When Sasha stepped back into the room, Maxim smiled at him. He’d managed to climb into the bed, and he wore absolutely nothing.
How had Sasha not noticed that until now?
And, damn, he was naked too. When he shifted into a wolf, his clothes shredded. He couldn’t bring himself to change that fact.
Maxim watched him approach. “You know multiple kinds of magic.”
“Observant, my prince,” Sasha said dryly, and kicked himself internally. Of course he noticed!
Like usual, Maxim ignored the slight. “Does that mean—”
Sasha cut him off. “It means nothing,” he said and dabbed Maxim’s side. The blood stuck stubbornly to Maxim’s skin, but the flesh mended together enough to stop the bleeding.
The wound was shallow and at an angle, so it hadn’t hit a major organ. They were both lucky.
“It means you’re one of Ashina’s cursed. I read about it once. It also means you’re amazing,” Maxim said, his voice was rough and his lips set into a pout that would’ve looked ridiculous if he wasn’t so handsome.
“Yes.” Sasha swallowed. A thistle lodged itself in his chest. Could this get any worse?
Yes. Yes it could.
Because Maxim leaned up.
He was much too close, and his skin was far too smooth – the stubble on his cheeks the same auburn as his hair. Those dark, fathomless eyes drank him in. And he wanted – oh Yue’s sweet mercy! – Sasha wanted nothing of knowledge and power. The only thing Sasha really wanted was to taste those lips. That mouth on his.
The thistle’s thorns might as well have poked through Sasha’s skin for all the good it did to try and force it down.
“You want me, don’t you?” Maxim said.
Sasha felt the blood rush from his face. Now the prince knew all of his secrets, and that was the worst, most horribly unfair thing ever. “What?”
Maxim took a shallow breath. “I feel it, but I’m supposed to marry an alpha female. Mate with a woman.”
“And?” Sasha asked and willed moisture back into his mouth. When did his throat fill with sand?
The corner of Maxim’s lips turned up. “And I’d rather kiss you.”
Then Maxim gripped the back of Sasha’s neck and pulled him forward. They stared into each other’s eyes for a moment that felt more like an eternity. Maxim’s breath brushed his lips. It tickled. And Sasha fought the urge to take what he wanted.
Because wanting this ruined everything.
Mate.
Love.
That was never part of the plan! Especially to an alpha tied to a pack. A maybe not so gay alpha on top of that.
Then Maxim’s mouth captured Sasha’s.
The kiss felt like being stuck in a sudden rainstorm, the kind that came upon them in the early summer. The day might’ve been perfectly sunny which made you think a picnic was in order. Then when sitting under the wide-open sky, the clouds rolled in with a great gust of wind, and the thunder shook the ground as the torrent of water burst from the darkness above. No matter how quickly you ran, it was impossible to totally escape such a storm. It soaked him to the skin. Only it was Maxim’s lips that did it this time. His scent and the way his tongue pressed against Sasha’s, forceful, inviting and perfect.
The callous on Maxim’s thumb brushed Sasha’s flesh. He couldn’t help scooting closer, pressing their mouths together until they were both gasping for air. But who cared about breathing at a time like that?
Not Sasha.
Or Maxim.
No. All that mattered was the sensation of naked flesh and the way the firelight lit Maxim’s hair. Sasha slipped over Maxim’s thighs, relished in the sensation of those muscles under his bare ass – the hair on Maxim’s legs tickling his flesh.
Maxim’s fingers snagged in the hair at the back of Sasha’s neck, and he moaned. His teeth pulled at Maxim’s plump bottom lip, just full enough that he could suck it into his mouth.
The sound Maxim made, a groan mixed with a growl, set Sasha’s blood on fire.
His cock twitched to attention. Or maybe it’d been at attention since Maxim first touched him, and he didn’t want to admit that. Because admitting that meant admitting other things – things he wasn’t ready for.
So he shoved aside all thoughts of how light and airy his chest felt (and how those damn butterflies in his stomach decided to multiply and start a circus of some sort with an impressive trapeze show), and relished in the sheer sensations.
The rough heat of Maxim’s hands as they floated over his shoulders, his biceps and danced down his flesh. They flitted through the light layer of dark hair on Sasha’s chest and pinched his nipples.
He hissed. Drank in the sharp blend of pleasure and pain that danced through his veins.
“I want you. I want to taste you. I’ve never felt like this before,” Maxim growled as his lips moved down Sasha’s neck.
Kissed.
Bit.
Pulled and sucked at the flesh until Sasha shuddered with each touch.
The blood pounded in his cock, but his fingers gripped Maxim’s strong shoulders like a damn vice, and he didn’t want to let go.
Mate.


His brain didn’t want to think about the implications of that word. It felt too wonderful to think at all.