Manuscript Monday on Wednesday: An Alpha on His Knees

This week has been crazy, mostly because I'm trying to be a responsible adult and get my taxes ready (joy of joys!). So I forgot about MS Monday, but I'm ready now!

Also, I'm working on the next Lost Wolves book, which is fun because the setting is fresh and there's a whole lot of trouble brewing in the future. And sexy times. Those are simmering too. 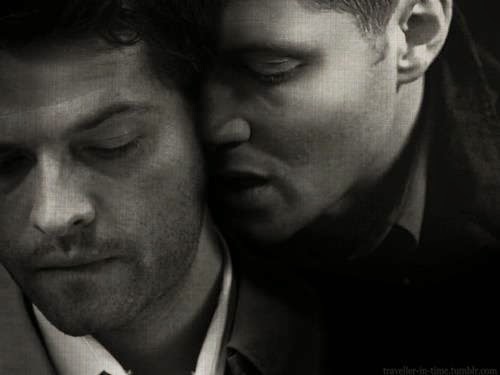 So I'm shipping these two like Amazon. Don't judge me! #noregrets


Ken said nothing as he parked the car near his condo and trudged inside. His suit was soaked, and his hair dripped over his skin. He was pale and ashen, with tight lines around his mouth and eyes. His faced was etched into a frown from his brow to his slightly pointed chin.
Davis shut the door behind him and let out a long, heavy sigh. He turned the lock, as if it even mattered! A dragon could pop in and rip both of their heads off in the middle of the night, though he doubted that.
To Davis’s surprise, Ken didn’t move to the bathroom or the bedroom. He stood with his back to Davis, dripping all over his hardwood floors with his shoulders tense and trembling. As if all the energy Ken expended in the last few hours drained him.
Left him hollow.
Davis knew how that felt.
“Ken?” he said carefully and wiped his boots on the welcome mat.
Ken didn’t say anything. He didn’t turn or make a sound besides a sharp sob.
Davis stepped around him, prepared for the worst. The moment when Ken kicked him out of his life forever, because what the hell else did he deserve after tonight? But Ken didn’t even look at him.
The dim glow of the living room lamp illuminated his face, which turned toward the floor, and his shoulders shook with something more than the cold.
“You need to get that suit off. Clean up. Get to bed,” Davis said and reached forward.
He shouldn’t have done it. Shouldn’t have touched Ken right then, because it sparked something in his brain that shouldn’t have been sparked at a moment like that. Not after the night they had. Davis shouldn’t think about Ken being naked on the couch with another man, but he did.
His brain was a total asshole.
Ken still trembled under Davis hands, but the touch didn’t shock him out of whatever the hell was wrong with him in the first place. Maybe he just realized what kind of danger they’d been in, and it finally caught up to him.
Reasonable, considering Ken had been sheltered most of his life.
Since Ken didn’t move, Davis slipped the suit jacket off his shoulders. Normally, he’d have dropped it on the floor and been done with it, but Ken was a neat freak. Emphasis on neat, so he slung it over the back of a kitchen chair instead.
“This would work better in the bathroom,” Davis mumbled.
Ken nodded with a slight dip of his chin, and Davis pulled the omega forward. Hell, at least Ken responded at all! Although, once they got to the bathroom Ken still didn’t try to help undress himself.
He stood still, hands balled into fists, chest heaving and eyes wide, as Davis yanked off the navy blue tie around Ken’s neck. That went in the sink. Then, his fingers danced over the buttons on Ken’s shirt.
One.
Two.
Four.
Each one revealed another few inches of Ken’s chest – the gentle curve of muscle hidden under his skin, like he did yoga or Pilates or something. And, fuck, he probably did.
Davis yanked the shirt out of Ken’s pants, and his stomach did this weird little dance. Here he was, undressing his best friend after one of the most traumatic experiences Ken had ever had, and he was getting a rush thinking about it. How vulnerable Ken looked at the moment. Just like he did when he told Davis the truth about his sexuality all those years ago, and Davis did nothing but hug him.
He could do a lot more now, and Ken would let him.
Yeah, his brain was a total asshole.
Slowly, well, slower than he needed to, Davis slipped the wet shirt off Ken’s arms. It dragged over Ken’s skin, leaving a line of goose bumps in its wake, and Ken took a deep breath.
A jolt shot straight to Davis’s cock.
What. The. Fuck?
He closed his eyes. Breathed in through his nose and out through his mouth. It moved over Ken’s chilled skin, and his entire being filled with Ken’s distinct scent. “You want me to take off your pants too?”
“Yes,” Ken said softly, his voice hitched and far away.
So that was the first thing he said when they got back. Davis almost laughed. Really!


But, who the hell was Davis to say no? He was the one who got Ken into this mess to begin with. Unlike before, he’d fix the problems he caused now.