I've been restructuring this book before I edit it. Turns out, I needed to add a few extra scenes to fill in the middle. Fun fun. But it's getting there. Slowly.

I'm a little bit nervous about Quinn. I hope he's not too weird. Maybe he's not weird at all and I'm just being a dork. That's probably it.

And this for inspiration: 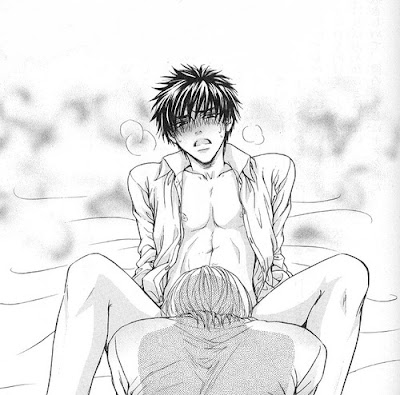 Finally the sneak peek! Tyler and Quinn meet for the first time in an unusual fashion. This is unedited and subject to change. Enjoy!


The blond limped behind him, but Tyler didn’t slow. He walked at a brisk pace. They both needed to get the fuck out of there before the cops showed up and before this weird shifter took a nosedive into the Columbia.
Plus, Tyler’s heartbeat hadn’t slowed. His body flooded with adrenaline accompanied by a whole new emotion he wasn’t familiar with. It warmed the hand that held the blond’s, and his head ached for something to bring him down. Relax him. Because if he didn’t find it, he wasn’t sure what he’d do.
He freed the cigarette he kept behind his ear and lit it one-handed.
“You smoke?” he asked.
The blond shook his head. “Can I try it?”
Tyler handed him the cigarette and watched the blond wrap his gentle lips around the butt and suck in. He didn’t inhale properly and coughed immediately afterwards, his eyes watering madly.
Tyler took the cigarette back and stared at this strange shifter’s eyes. They were the same color as green glass with flecks of gold at the center. Not yellow or orange like some shifters, but pure gold.
“That’s terrible,” the blond said and laughed nonetheless.
“Well you don’t have to do it,” Tyler grumbled and continued their trek.
Tyler rarely took anyone home, not even the girls he fucked. He’d crash at the chick’s place, just because it was easier to leave in the morning than kick someone else out. But this – what was he doing?
And even as he thought about it, he couldn’t stop doing it. What other option did he have? Leave this helpless bastard by the side of the road and let him jump into the river? Yeah, that wasn’t going to happen even if Tyler couldn’t figure out why he felt that way.
He wasn’t Ken. He didn’t do altruistic bullshit for the warm and fuzzies. Fuck. He could barely help himself; how could he help another person?
“Aren’t you cold?” the blond asked after a another mile or two. They walked next to the street that ran parallel to the river, and the bridge that crossed into Chinatown stood about a block ahead.
“No,” Tyler said, though he felt the goose bumps trailing up his arms and over the back of his neck.
“Liar,” the blond said softly and pressed his shoulder into Tyler’s bare arm. The heat from his body soaked into Tyler’s through the jacket.
Labels: alpha enchanted alpha wolf gay fantasy romance gay love stories gay paranormal romance gay shifter gay shifter romance haven city series quinn winters tyler harrison