It's finally time for manuscript monday! I didn't post an extra one because December has 5 mondays. I probably should've checked that last week. . . .

Also, don't forget about they book sale this month. There are also a few sets on sale that offer further savings. ^_^

Before we get to the main event, is anyone a fan of Haikyuu!? An awesome reader recommended it to me last spring, and I'm in love. The new season is airing now, but I can't watch it week to week or I'd drive myself insane. So I'm waiting until it's done. Pure torture!

To combat that, I look at fanart and read fanfic. One of my favorite pairings is Nishinoya and Asahi because (in case you haven't noticed) I like major height differences, and when the tall guy is a big old softy. Which kind of reminds me of why I wrote Omega Untamed. 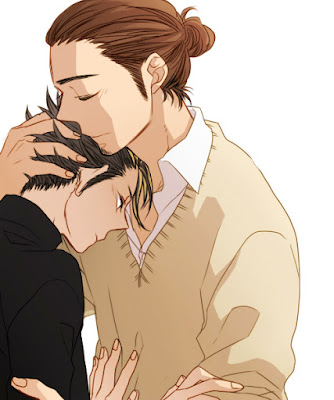 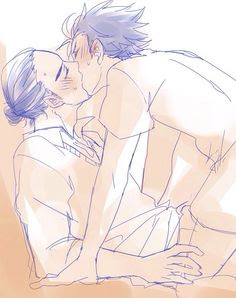 And now it's time for the book snippet. Abel and Dagz have a lovely conversation after they first meet. And they don't try to kill each other. That might be a first! Also, this isn't the final version and may change. It probably has typos too. Enjoy!

The alpha held a knife gripped in each fist, one blade dripping with fresh blood. A line of it covered his cheek and the bridge of his nose.
The omega stared. Even the beast needed a moment to take it all in—the sensation of deep seeded recognition that settled across his skin and into his bones.
The first thing Dagz noticed was that this alpha was alarmingly handsome. His face was gently chiseled with sharp cheekbones and a stubborn chin. His mouth looked ready to smile or sneer, and either one would’ve suited him equally well. His hair was the exact color of pale honey in the sunlight, warm and gentle as a summer breeze. His violet eyes glowed eager and bright.
The second thing Dagz noticed was that the alpha was shorter—a lot shorter than him, but that wasn’t unusual. The top of the alpha’s head came to Dagz’s shoulder. Still, he held himself like an alpha, a strong stance despite his lithe build and a tilt of his chin that commanded attention.
The last thing Dagz noticed was that the alpha didn’t run at the sight of him.
And he should have.
Dagz wanted to tell him to go.
Get away.
The beast didn’t care who you were—it tore through everyone, human and shifter, with equal fury. And Dagz had no control over the rage that fueled him or what happened when it was set loose.
It wasn’t the omega that did these things. It was something darker—something primal buried deep within him. The curse that kept his parents from loving him or his pack from accepting him as their own.
Of course, with the battle fury clouding his mind, that came out more as an angry growl than actual words.
“Are you rabid or just stupid? I saved your life,” the alpha said, narrowing his eyes. Though he didn’t look perturbed. More mildly put out. His gaze flitted briefly to Dagz’s wounded side, and he flinched. “And you’re hurt. Stand down unless you want me to kill you.”
Something snagged in his chest at those words. A brush of warmth in the coldest place, followed by a pinch of pain at his side.
His heart pounded harder, and a second one beat beside it—steady and strong.
It felt like a thin thread wrapped around it and squeezed.
Dagz felt himself bend forward and the thump of his knee as they hit the ground.
Above him, the alpha chuckled.
His breath caught in his throat, clogged with the musk of the alpha.
He’d heard of this. Wolves who felt each others heartbeats.
It meant. . . .
His vision clouded red, and the fury took control.