Hunter & Hunted is in the revision/rewrites phase. And it's almost ready for betas and the editor, just a little later this week. I hope.

I had a hard time picking out a scene for this Monday, mostly because the first two chapters are about Hunter and Spence meeting. So this scene takes place a little later on, after they've met, obviously. Just trust me that how they meet is awesome.

And when they sex it up it gets a little kinky, sort of like this SouRin pic, but more on that later. ^_^ 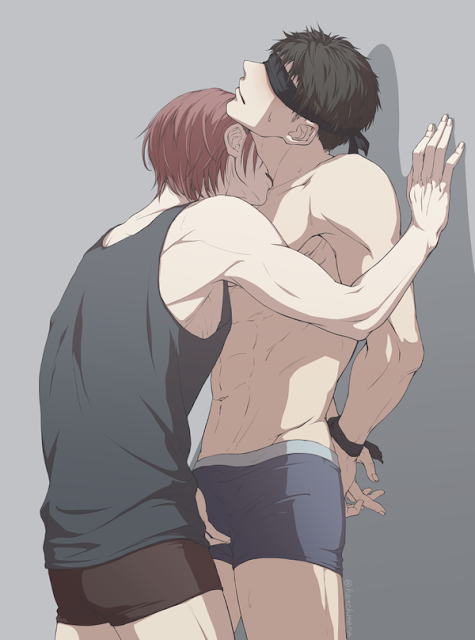 Check out the sneak peek of Hunter and Spence kissing for the first time. Note: This is unedited and subject to change. Also, there are probably typos.