So much stuff to tell you guys, and a Halloween story cover reveal!

First off, I'm sooooo sorry I haven't posted here in forever. I'm not dead (yet again), though, if I were, I'd totes be vampire dead and not zombie dead. The latter is just gross.

Second, I have news of upcoming releases!

I'm still editing the sixth Lost Wolves book (Beta and the Black Prince), but it's not going to come out until the end of December. I had originally planned for November, but with the election and everything I'm pretty sure the book would flop (and I don't want that!).

But I am going to give you guys a little something to tide you over: a Broken Heroes Halloween story! Just what everyone always wanted.

Okay, it's just something I wanted to write, and so I did.

It'll be out next week, and it's split into two parts. The first is a short about Patrick and Calder's first Halloween as roommates. The second takes place during the next Broken Heroes book, so there are spoilers for Titan Unleashed, and a few hints about what is to come. Plus, a Halloween party, sexy costumes and some kinky fun time in a gay club. You know, just what you'd expect from those two.

Take a peek at the cover: 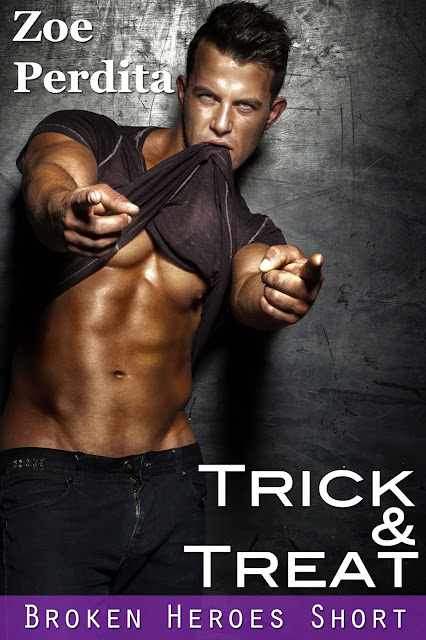