Guys! All the Alpha's Reign books are on sale right now, and Cole (Alpha's Reign Book 1) is free! Check them out! 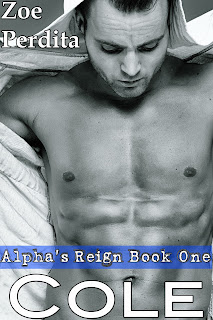 Trent is a powerful alpha wolf intent upon building the best pack.  He has an omega, Akito, and a plan to get revenge on the wolf who wronged him, but Trent needs a strong beta to help him get what he wants. He found the perfect one – Akito’s old crush—Cole. The only problem is Cole hates wolves, especially alphas.

Cole is a party boy with nothing left to live for. At least, that's what he thought when he met Trent. The alpha pushes Cole to his limits both physically and sexually. Cole swears he’s not gay, but Trent and Akito wake desires Cole never knew he had – dark desires. Even worse, Cole’s falling in love with Akito.

Immersed in a world of lust and revenge, will Cole give in to Trent’s dominance or fight to the bitter end? 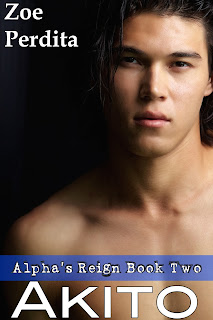 Trent Yagami, alpha wolf, needs all the power he can get to rule Neo-Tokyo. But when Akito, the human who is supposed to be his omega, disappears he puts his plans on hold. Saving his omega is more important than anything – even revenge.

The only thing Akito Izumi wants from his alpha is the bite that would finally turn him from useless human into a wolf capable of protecting himself and the men he loves – Trent and their beta wolf, Cole. However, his alpha refuses to give it. Then the most powerful wolf in Neo-Tokyo attacks, and Akito is torn between the will of two alpha wolves—the one Akito loves and the one who’s willing to bite him.

While Akito fights for what he wants, is Trent’s desire enough to bring Akito back to his embrace? 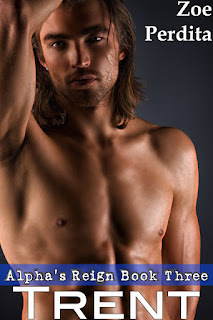 When Trent is taken captive by Boss Yagami, his mates, Akito and Cole, will do anything to bring him back, but rescuing their alpha isn’t as easy as it seems. For one, Boss Yagami is safe behind the walls of his fortress. For another, Trent might not want to be saved if it risks the lives of his pack.

Inside Boss Yagami’s stronghold is the last place Trent wants to find himself. He escaped his father’s clutches once and vowed to never go back. He’s been starved and beaten, weakened so he can’t escape, but Trent won’t give up on seeing his mates again. Most of all, he’ll never rule Neo-Tokyo the way his father does, but his dangerous instincts might not give him a choice.

If Akito and Cole help end Boss Yagami’s reign, can they also subdue Trent’s alpha urges with the strength of their love?