Manuscript Monday: Max and Edward get off on the wrong foot.

I'm back! With a snippet from Fox Hunt (Haven City Series #10), and good news. Fox Hunt is with the editor and will be out on October 16th. Yay!!!

Also, here's some Eren/Levi sexiness, b/c Edward and Max have a bit of an age difference. ^_^ 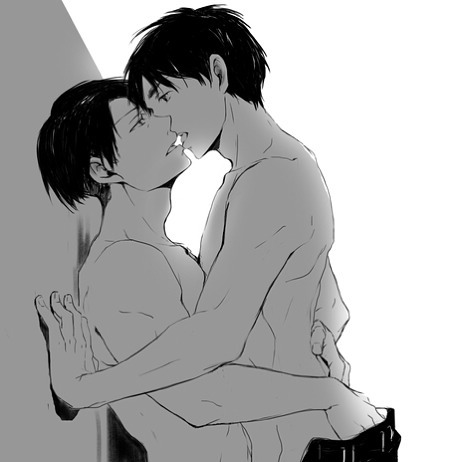 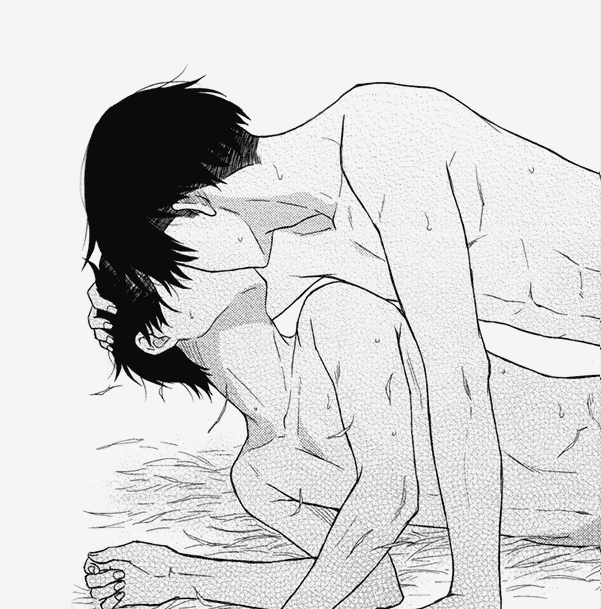 Here's a look at Max and Edward trying to get along. Mostly unedited. Enjoy!

Edward stiffened again and took an oversized bite of his food, chewing it and swallowing. Staring at his phone as if it held the answer to a question he dared not ask.

Daisy squirmed in his lap, and Max sighed and stood up. He pulled the playpen into the kitchen that they’d brought over the day before.

He honest to God never thought he'd see one of them in his own house. But here he was.

"Would it be easier to eat if you put her in this?" he asked and pointed at the playpen.

It was only about a foot and a half high on each side made with soft mesh, and the inside was completely padded. He supposed blankets and pillows and whatever babies needed could be added later.

She had a few toys in the stroller that they brought over, but they were dirty. The night before, Ari tossed them in the washing machine to clean them up. Max assumed they were still in the dryer right now.

Edward stared at the playpen like it was a dog with three heads. And it was hungry. About to eat Daisy and him and there was nothing he could do to stop it.

“Or keep holding her. Your choice, kid."

Edward gritted his teeth and slowly sat Daisy down in the playpen. It had a few little dangly stuffed toys on the side, and she immediately reached up and batted at them.

“I’M. NOT. A. KID," he typed, though the robotic voice didn't put extra emphasis on it.

Max rubbed the bridge of his nose. "Of course not. Sorry, Edward. I was just trying to be helpful. They brought a lot of stuff over yesterday, I don't even know what most of it is. The duffel bag upstairs is full of clothes for you. There's a smaller one with baby clothes."

Edward shoved another rolled up pancake in his mouth and wiped his fingers on his sweatpants before he typed another message. "Where did they get it?? How much will it cost??!?”

The second question caused Max to blink. “I don't know how much it cost them, but I don't think they’ll charge you.”

"Bullshit. Everything cost something."

Slowly, Max leaned back in his chair and stared at Edward.

For the first time that morning, Edward’s gaze burned into his. Some of the fear from the night before had melted away. Or, more likely, he put up a barrier to keep Max from seeing it. Like a wall or a coat of armor.

What the hell had Max gotten himself into?

Well, it was too late to back out now.

“Am I supposed to charge you for staying here if everything costs something?"

Edward typed solemnly, and the phone spoke. "I help you catch killer fox & you let me stay. If I wasn't useful, you wouldn't have me here." His nostrils flared as he stared Max down.

Max looked at his plate and took several slow bites. Sure, he would’ve felt sorry for Edward. Would have wanted him to get some sort of help, but he wouldn’t have opened his own home. It's not like he could take in every stray who happened across his doorstep anyway.

He had a job to do. A job that didn't give him a hell of a lot of free time, because while the cops tried their hardest, there were some things they just couldn't do. Especially when it came to the shadow folk. That's were hunters like him came in, and other hunters too. The ones that didn’t care what sort of shadow folk they hunted. The ones that left a bitter taste in the back of Max’s mouth because they turned the good shadow folk against the fair hunters like him and his team.

Max rubbed his freshly shaven cheeks. "Fine. Then consider all of this stuff part of the payment for helping me catch this guy. He's killed more than one person," he said and caught Edward with a steady gaze.

Edward’s cheeks flushed, and he looked sheepish. "How many?"

"In Haven so far? Five. But I'm sure he has a kill list longer than that. Did he say anything to you when you saw him?"

“Said ‘this is a surprise.’ Had weird voice."

Max perked up in his chair. "Weird voice? What do you mean?"

Edward scowled and scratched his head. Yeah. the need to type everything into a damn phone would be annoying as all hell. "Accent weird. Don't know where from."

Max nodded thoughtfully. Yeah. They thought he was affiliated with the Russians. Who were overall bear shifters. The vast majority of them had fallen into line under the Triad’s rule after the gang war, but there were some on the fringes that didn't take to the new leader all that easily.

Those were the ones his team assumed hired this fox. Then again, they could be wrong. Especially since none of the people the fox had killed were members of the shadow folk. They were all humans, but they had to be connected somehow.

"We think he's Russian," Max said and bit his tongue. Should he tell this fox everything they knew about the assassin so far? Well, it seemed a bit unfair not to when he was going to help them catch the guy.

After he was done, Edward's eyes were wide, and he stared at Daisy in the playpen. She made cooing sounds at him and giggled as she tried to yank a little stuffed cat off the mesh walls.

The tension returned to his shoulders and when he sucked in a breath, it trembled. "And you think you can protect us from him?" Ed typed.

Max nodded solemnly. "I think I can die trying."

Edward flinched and chewed on his bottom lip as he typed something new. "If you don't and something happens to Daisy I’ll—” the phone read, and he continued typing.

The fox jumped, but Max didn't let go. He squeezed it firmly yet tenderly and ignored the jolt to his groin the contact gave him. He was just lonely. It'd been a long time since he had anyone in his life that wasn't work related. Anyone who hadn’t seen every side of him—especially the worst ones.

It didn't mean anything.

“Is she about to go on a murder spree anytime soon?" he asked softly.

Edward started and stared at him. Yanked his hand out of Max's grip and typed furiously. "She's a BABY. She can't hurt anyone."

Max smiled. "Then I won't let anything happen to her. I'm not a monster, no matter what you think."

"Neither are we,” Edward’s phone said as Max turned his back.

He tried not to flinch at that and failed. “How old is she?”

Edward was silent as he typed. “Five months.”